My novelette, All Good Stories is on sale today! It’s a romantic comedy, complete with pirates, a parrot, and a Viking. What could possibly go wrong? Lighthearted and fun, it’s perfect to enjoy over a lunchtime or two. It’s available for the low cost of 99¢, or the equivalent in whichever country you live, on both Amazon for Kindle here: https://www.amazon.com/dp/B01JQWMQAE

The Kobo site has a preview of the book. I plan to figure out how to set one up on Amazon soon. In the meantime, here are the first two chapters:

Jupiter bounded into my book store with an extraordinary spring in her step.

“I finished it!” she proclaimed, beaming much like the ray of sunshine that fell upon the counter every fair morning at this time of year.

I participated in OM’s first project, Project O, and it was an amazing and fun experience, especially for someone who was new to WP at that time. Here is another one from OM. Project H. I am in, Are you?

No duty is more urgent than that of returning thanks. – James Allen

OM aka Jason (I don’t know why but I have never been able to call him Jason ever since he announced his real name) is moving to a new place in the blogosphere. I think it is my duty (as the quote above says) to return my Thanks to him for all the ways he has helped me with blogging. Its been three years and even though I have already said this before in some older posts I would like to say this again that he is the first person ever who made me feel comfortable to actually open up and speak to other bloggers through comments.

I was quite shy when I joined WordPress. I had a blog in blogspot  (the blog is still active but no action takes place there)  but I wanted a better blogging space hence, I moved to WordPress. I was my quiet self, observing and checking blogs and enjoying the blogosphere in my own silent way. I am never a conversation starter. It always was the other person’s work.  But that changed a bit when I started following OM. I felt comfortable to voice what I think, even though it may be something quirky, something unimportant or just a plain smile. If you have been following him, you would know that he does write posts on how to blog without fear. Well, something must have rubbed off on me, because I started slowly and steadily to check out more blogs, comment on them and even interact. I also made some friends online. Go figure!

Then he started a project called Project O (O for Opinion). I was very hesitant, but then he gave me the courage to join it. It was a real fun experience to be able to interact with bloggers from so many different places and their views on various questions related to opinion. It also gave me boost not only in terms of personal encouragement to be more active with my blogging, but also a lot of followers. I also found a lot of fellow minded people whom I still follow, even though a couple of them blog no more.

I have also had the pleasure of being his Guest Blogger a couple of times and they were fun too. It is quite intimidating for me to be able to post something for such a big audience. But since I use images rather than words, I know my poor grammar skills wont be noticed 😉 I know that he is one of those bloggers who blogs not only for fun but they also build a platform, a community and encourage others in the process. I know that he is an inspiration to a lot.

His work of building the platform that he has now with his blog might look like an easy walk, but it was quite an hike. There were some skids and falls but as the quote goes ‘It’s not whether you get knocked down, it’s whether you get up.’ he has always got up, got up pretty fast and kept treading on.

Moving to a new place isn’t all easy and nice, even though it is quite exciting. I wish him all the luck with his efforts and hope that it works out well for him and the transition goes smoothly. I will still be following him in his new domain but I wanted to make sure I don’t forget to let him know how much his personal efforts to build such a comfortable space in the big world of blogs has made a lasting impact on one of the bloggers and how grateful I am for those efforts.

Thank you OM 🙂 and God Bless You!

I have always thought of my blog and to a major extent the hard disk drives or any such storage device as an example for Pensieve. According to Pottermore’s fact file on Pensieve,

PURPOSE
To clear the mind of certain memories; to examine memories at a later date; to show memories to a second party

That is precisely what we do over here in our blogs, at least, I know that I do it over my travel blog, so that I can revisit my travels anytime and reminisce about those moments.

Do you have any other example that can fit with the fact file of Pensieve?

Now that, that is out of the way, let us see one more object profile from Pottermore. It is the Marauder’s Map.

Shows the location of any person or ghost on Hogwart’s grounds, isn’t fooled by an Animagus or an Invisibility Cloak

When I saw this I was reminded of the Google Location services,  even though it isn’t exactly the same but still very close in concept. Do you know that you can login to your google account and enable the location services and can share your current location to people whom you chose to share with. They will be able to know the exact location of yours, irrespective of the latitude and longitude. The only difference is that it is a bit secure than Marauder’s Map because you select the people you want to share your location with and not just any random stranger (even though I think they can if they hack it a bit , I guess…every such thing has a hack or a loophole).

What do you think? Anything else resemble the Marauder’s Map for you?

Neanic Nomad nominated me for this fun challenge. Thank you 🙂

It’s called “The Chain Game – Alphabet Soup“. You can check out the rules from the link. Since Neanic Nomad, did the letter ‘B’, I am supposed to do the letter ‘C‘, or at least that is what I thought.

I can’t write poems or big texts without confusing myself so I am gonna go with what I am comfortable with. Yup, photographs. So here is my response with letter ‘C’. Hope you enjoy it.

Sipping on a cup of coffee,

and watching the clouds roll by, 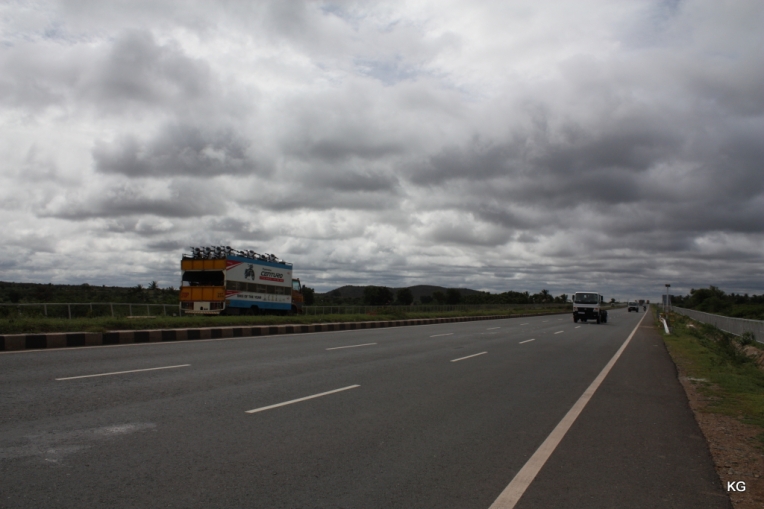 If only I could stop counting stars and chase this dream !

My Nominations to continue this chain game with the next letter ‘D’ are:

Happily enjoying the snack without a care. Well.... Its TGIF 😉