Do you believe in patterns? I do. And by the looks of it, I am currently in the Mystery+Law+Crime+Drama pattern with books and movies. And I figured that out after I finished two movies , a documentary and a book recently.

When I started watching “Fracture” I felt a sense of deja vu, but it turned out that I had actually watched this movie earlier. I realized that almost half an hour into the movie but since I had forgotten how it ended, I continued with it. Anthony Hopkins didn’t scare me in Hannibal or in Instinct as much as he scared me in this one. In fact when I went to my afternoon siesta (which is a very rare thing for me) after watching this movie, I dreamt of him and I woke up scared and sweating. I don’t remember the dream, just the feeling that I saw him and I was really very scared (I am not a person who gets scared easily) And the story of Fracture is a mystery, crime, law drama and very well executed too. Ryan Gosling is there too 😉

The second movie I watched after Fracture was “The Lincoln Lawyer”  I chose this because it kept coming up on my recco (short form for recommendation) list. And 15 mins into this movie and I realized that I had seen this too and yet again had no idea how this unfolds. Its been a long time and my memory isn’t what it used to be. And it has Ryan Phillipe too. (There is that other connection between these two movies. Two of my favorite Ryan’s). This is another mystery, crime, law drama and there are enough twists in it to keep you at the edge of your seat. Thankfully I wasn’t scared of anyone in this movie.

After that movie, I decided that I should get on with my book. I had finished some romances earlier and was ready for a mystery. I picked one that was there on my Kindle Unlimited list. I had added it sometime back but hadn’t got around to start it. This one was called ‘Not Proven: A Pete Morris Mystery‘ It started off very very good. I was very much impressed with the first chapter. At the end of it, I knew that I had another mystery, crime, law drama in my hand. I rolled my eyes and went ahead. It was very well written, had lot of law based references  which seemed very genuine (I don’t know anything about law and haven’t read many law based mysteries) and the twists and turns and the not so cliched ending made it a very great read. This is the first one in the series. Now I would have to hunt down the other books in the series.

By now I had realized that I was falling into a pattern and decided to break it. I didn’t want it to get boring after a while and since work has started I won’t be able to concentrate too much on mysteries at least for a couple of weeks until I get settled with the work and catch up on it. But I was glad that I managed to get these three together. All three were awesome in their story line and execution. If you haven’t watched them yet, you might want to give it a try.

The final letter of the Alphabet series and I haven’t read any book that has a title that starts with this letter too. At least I have a book in the ‘to be read’ series in Goodreads that is related.

You have no idea how long this book has been there in the want-to-read list. I have no clue why I haven’t got any of his books yet. They belong to my favorite genre too. I am not sure if the books being war related stories that is stopping me. I have never been too fond of those. That is why I haven’t read Tom Clancy’s books (very political) except for one, I believe. I haven’t read much of John Girisham too. But yeah, hopefully one day I do hope to cover all these author’s and try and get a handle on these war based, political drama’s. But until then, it will be on my want-to-read list.

Do you have any suggestions for any other book that starts with this alphabet? Don’t forget to drop in the name of the book.

Finally, I have completed my A-Z Book series successfully and in time too, before the April’s A-Z challenge can start 😉 All the very best for the bloggers who are taking part in the challenge and I will definitely try and check out some of the posts from time to time. Good luck y’all.

PS: Check out the rest of the A-Z Book list here

After ‘Death in Paradise’, I needed something else to keep me engaged in my weekends and if it was a detective series, the merrier. After a lot of thought, I decided to go back to the good old Agatha Christie’s Poirot. Do you remember the old TV series that used to come, where a cute stout fellow played Poirot? My friend gave me his name, David Suchet. I remembered his face but not this name 😦 He has a very cute mustache doesn’t he!

I have always loved those episodes. But I don’t remember when I stopped watching them. I don’t even remember the season I used to watch earlier. That is clearly a sign that I should start on them again isn’t? Finally got hold of all the seasons and started to watch them one by one. So far I have completed one season and have just started the 2nd season. It is so much pleasure to watch the ‘little gray cells’ in action. I love the small quirks, the friendly banter between Hastings and Poirot, the love-hate relationship between Poirot and Japp and Ms. Lemon with her cute curls. I think I am set for a month or two with these episodes. And Mr. Hercule Poirot never disappoints 🙂

“It is the brain, the little gray cells on which one must rely. One must seek the truth within–not without.” ~ Poirot”
― Agatha Christie

Jeffrey Archer: One of my cousins is a huge fan of this author. I remember how she wanted to get one of his latest books the day it was released. Her father, my uncle, is also a huge fan and so the father-daughter duo always takes turn to read the books and obviously the daughter gets the first chance. I am not a big fan of political drama and even though this father-daughter duo did convince me that unless I have read Kane and Abel my life isn’t complete (I am exaggerating it a little bit here…but well, that is how it did feel by the way they were convincing me about that book) I haven’t yet found the time or the mood to get to that book. But that doesn’t mean I haven’t read his other works. The person who started me on these fictions when I started working, had a couple of Jeffrey Archer’s novels and I did read them during my early days of reading.

One of the very few books of Archer’s that I have read. The others were “Not a Penny More, Not a Penny Less”, “Shall we tell the President”, “As the Crow Flies”.  This does take place after the Gulf War and the story is very political in nature and is about how the defeated party is trying to outsmart the victorious one and how it is contained by the mighty powers, with the help of some intelligent and smart people. Since I am not interested in Politics that much, as far as the story goes, it was OK. It did keep me engaged. But among the ones I have read, I really really liked ‘As the Crow Flies’. I don’t know why. Even though that book was so huge (and I did remember wondering why it was going on and on and on) I sort of ended up liking that story more than this one. And I still haven’t touched the one that was suggested in the first place. ‘Kane and Abel’ and ‘The Prodigal Daughter’, but for some reason, I read ‘Shall we tell the President’, which is the third book in the series. My uncle was shocked that I read the third one without reading the other two. What can I say? It was the only one that my friend had at that time and I read it. Will I ever read Kane and Abel? I guess it will be on my to-read list with many other such famous and good books that I have planned on reading, probably in my old age.
PS: Check out the rest of the A-Z Book list here

When I read about the  A-Z April blogging challenge, I thought why to wait for that long, why not do an A-Z challenge about the books I have read but haven’t written anything about? I am not sure if I can cover all the letters (have I read any book with the name starting with Z ? I am not sure) of the alphabets, but I can surely try. At least, I will try and finish one book before the day for that letter is due.

Not all the books are paperback or hardcover. I have a collection of e-books too. So it will be a combination of all. If it is a paperback/hardcover, I will try and post a photograph of it. So, without further ado, let us start with A. (Note: I am going to ignore the articles in the name and include only those books that I haven’t already talked about) 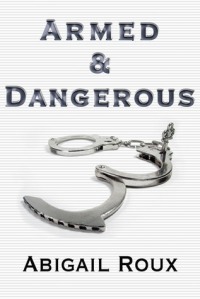 It is the fifth book in the Cut and Run series. Story about two alpha males (it feels very weird say this word for a contemporary romance…but these two protagonists do behave like that… so I guess it’s ok), Zane and Ty, who also happen to be special agents and their fifth story about capturing and bringing a guy back and in the meantime they also get involved in fighting the bad guys and each other too. Their chemistry is too good. I loved the whole series. Over the series, their relationship evolves, they learn about each other, being in the same job doesn’t help either, neither does being shot at in each and every case. One of the few MM romance series I liked and continued to finish. I finished 8 books some long time back. Haven’t got around to the 9th one yet. It’s just not them in the later books. They are joined by their friends and their partners too. That is why the series keeps growing I guess. But I do wish they would limit the series to the maximum of 4/5 books? Too much to keep track of and finish off you know.