Last year I clocked 120, so it is much lesser but I have been reading Morse and Inspector Battle series from the library and physical books takes twice the time when compared to their kindle counterparts. I am enjoying them very much, so I am going to go with them until I can finish the series, by next year.

As long as I keep reading that is all that matters, to me.

I just logged into WordPress to post this photograph and I see two Untitled posts with empty contents posted. Don’t know how that happened. I have to look at that soon.

Took this a week or two ago while I was playing around with my pinhole lens. It was a gorgeous day just like today and the Sun was bright. It gave me a lot to work on with a pinhole lens. And Paddy, being the cute toy that he is, was happy to pose 😉

Nope, it ain’t me. It is just the title of the book that I recently completed. It took me more than 2 weeks to complete this massive 900-page paperback. I got it for 3£ on a second-hand sale. Since the half-term break was coming up, I decided to finish it just before then. Thankfully I gave myself two weeks time to read this. And it took just a couple of days more than that and some extra reading time to complete it before we went on our short half-term holiday break.

I am Pilgrim by Terry Hayes is a book I never thought I would enjoy. I have read this book’s blurb so many times and have passed it because of the sheer size and magnitude of the story. But this time I decided it was time and since it was on second-hand sale I didn’t want to miss it. Terry Hayes is a screenwriter and it is very evident in this book. It goes back and forth with memories, with people, with pov’s etc. It needs getting used to such randomness, but the imagery it creates is very captivating. It is a very heroic story (heard that Brad Pitt was being considered for the movie?!!?) akin to the Mission Impossible ones. Very patriotic, very dramatic, very gruesome… I thoroughly enjoyed it.  My only gripe was that I couldn’t read the book lying down. It is too heavy and my wrists started to hurt after a couple of minutes. And towards the end, I spared no time (small breaks between classes, while having my food, any spare time I got I used it) to complete the book and just in time for my half-term break and my journey to Swansea.

Past three weeks I have been indulging in some historical romances, which is my favorite go-to genre in between work, inter-city travel, and looking after my niece. Here are a few of them. Of course, these are free on Kindle Unlimited. All of them were an enjoyable read. I gave all of them 3 stars on Goodreads.

This might be a slightly different post on my experiments with photography and I would really appreciate any comments or feedback on the methods or the photographs.

When I got my Canon 70D, I was excited to try out the double exposure feature that was available in it. But I haven’t been able to use it so far. So I decided to try out something and here are the results. Prop used: a jute wall hanging (or rather small parts of it)

This one is the photograph that was taken with my camera’s feature for double exposure ‘enabled’ and I used two shots (as per the settings i.e. use two clicks or photographs to create a single doubly exposed image) for this. 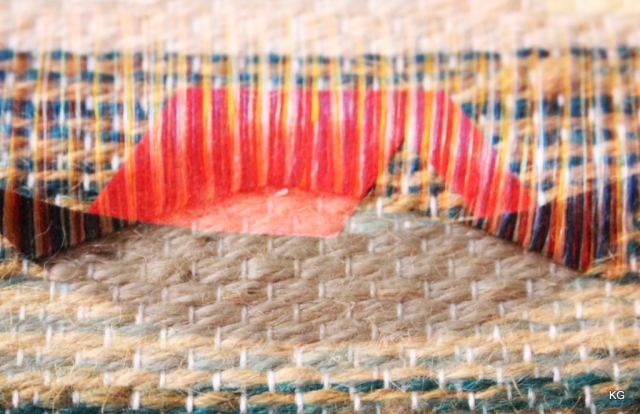 I liked how it sort of created a 3D effect on either sides. I applied ‘Watercolor’ effect to it from Pixlr (a free app) and got this photograph. I tried for an artistic and a painterly look and feel but you tell me? 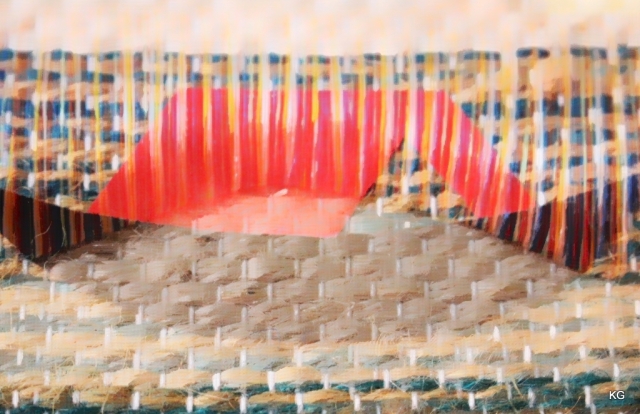 Then I wondered, how different is it actually to do it manually (i.e. do the double exposure using apps and tools) when compared to the one that is done by the camera itself. So I again took the photographs of the two sources separately this time (disabling the double exposure feature on the camera)

Used these in Pixlr to create a double exposure image (using the layering and simple copy and paste) to get this image. Does it look like a double exposed image ?

And then added the same ‘watercolor’ effect to this using Pixlr again.

I think the Camera was way smarter than me in terms of merging the images to create a double exposure image in this case, because I felt that the one I took using the Camera’s feature looked much better than the manually created one.

What is your take? Or do you think it is totally not worth the effort?

Tried to make friends with this lot, but they wouldn't have it, inspite of me saving the one on the left from a tangled fence. They just sniffed my hand, found nothing interesting so went their own way, unlike the cat there which wouldn't leave me be 🙄😂