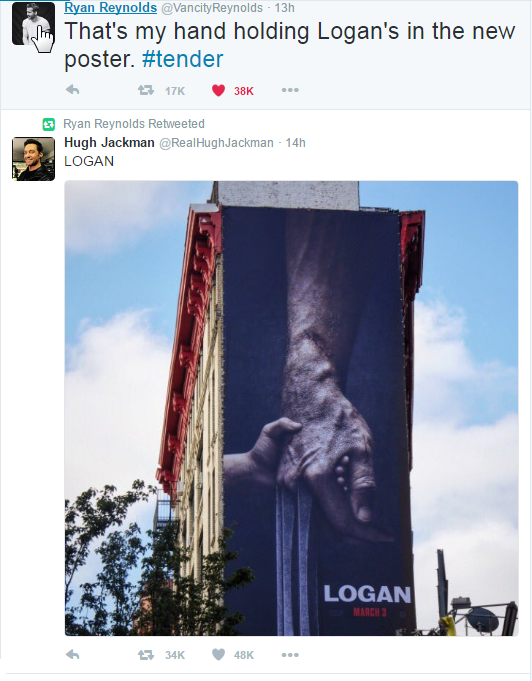 Not the other tiny hands… This one belongs to the DeadPool . These two (DeadPool and Wolverine) never fail to crack me up 😉

I would never complain about waking up to this movie especially on a holiday, would you ?

I have already watched Real Steel some time early last year I think. And again I got to watch it tonight. And I found that I enjoyed it watching it again too. That is nice because I am not a fan of this genre of movies. I don’t know if Transformers belong to this category, but I assume it does, and I just hate that series. I had a very bad headache after watching the first one in a theater when it got released and ended up bickering about it for a whole day. But I do like ‘I, Robot’, ‘Iron Man’ (part 1 only, the other one’s – not that great) and a few similar ones, again assuming that they belong to the same cadre.

The attraction in this movie is the kid. I just loved him in this movie. I was actually torn in between the feeling that should a kid be involved this kind of a violent game or should it be OK because they are only bots. If I leave that thought, then this movie was a pretty cool one. Especially the way the kid makes the bots dance. Very neat 🙂 I am not a fan of these kind of games (or rather any game other than Cricket , that too it should be a T20 format and my favorite team should be playing). Using these kind of bots to imitate a human was very different and nice and you get a good vs bad story drawing parallels to human life too.

And well who doesn’t like Hugh Jackman doing the boxing stuff and all huh!  The fights were pretty cool and Atom was wicked! I liked the visual effects a lot. It was done very very well.