On Christmas day I heard this story about Truth and Story on RTE Radio 1. I absolutely loved it. Here is a small snippet. You can read the whole story here.


Once upon a time, long ago, in a land far away, two beautiful women named Truth and Story lived on the outskirts of town. Each thought herself the most attractive, so they quarreled until they decided to have a contest: whoever attracted the most attention while walking through the village would be considered the most beautiful.

Truth went first, confident that everyone seeks and wants to know Truth. To her chagrin, people began to turn away. As she reached the far side of the village, only a few people remained. Fearing that she would lose, she threw off her clothing and walked back through the town wearing nothing at all. When the remaining people saw her coming they closed their doors and shuttered their windows. By the time Truth returned to the starting point, in defeat, the village was deserted.


– Truth and Story. (2018). Retrieved from http://www.sanmateostorytellers.org/truth-and-story/

“What transforms this world is — knowledge. Do you see what I mean? Nothing else can change anything in this world. Knowledge alone is capable of transforming the world, while at the same time leaving it exactly as it is. When you look at the world with knowledge, you realize that things are unchangeable and at the same time are constantly being transformed.”
― Yukio Mishima, The Temple of the Golden Pavilion 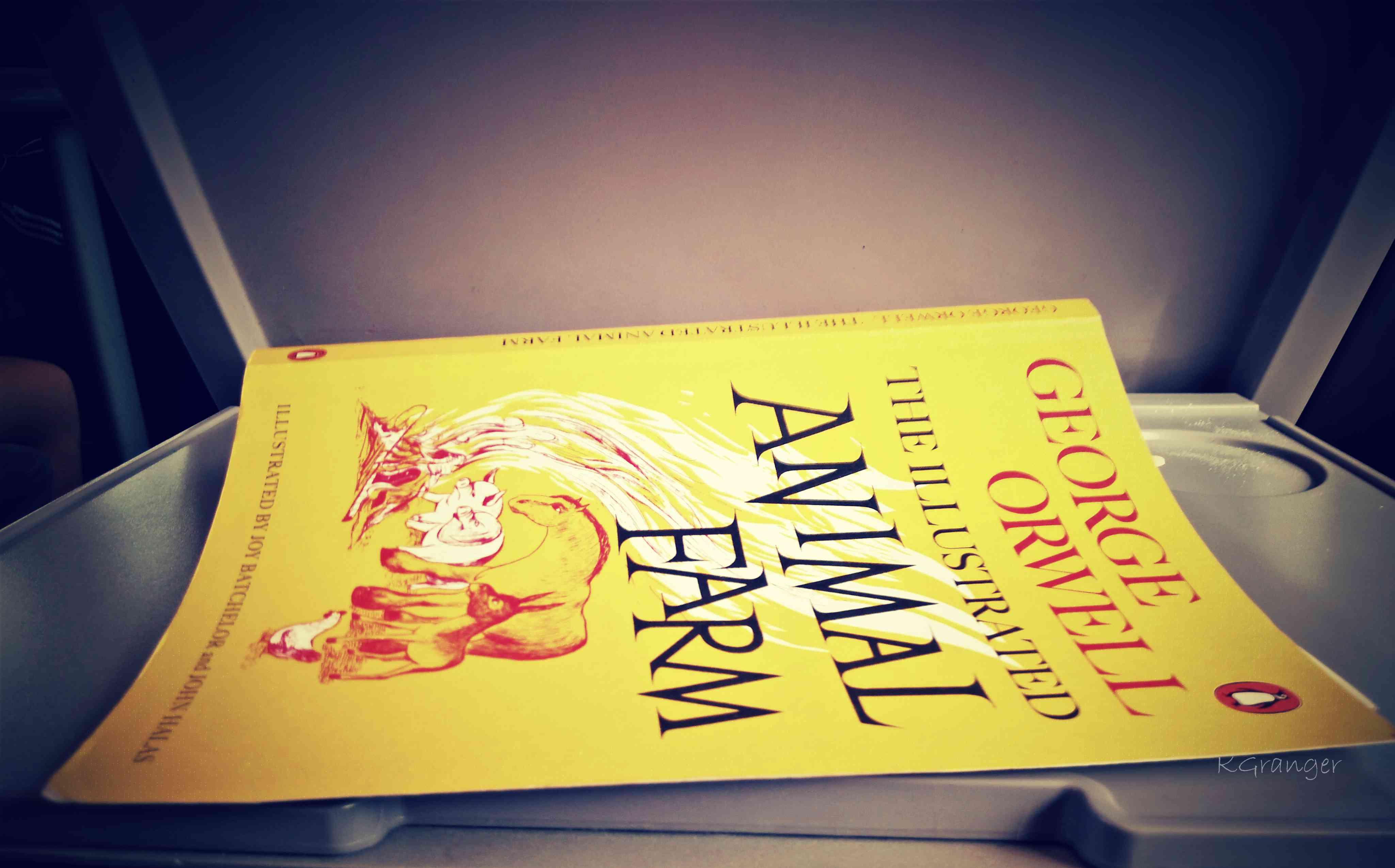 For almost a week, one of the news that is making waves is Pokemon Go. Everytime I see a news headlines with that word, I wonder what the hell it is all about. I remember hearing about Pokemon and I thought that was a cartoon character in a TV series. At least, that is the extent of my knowledge about Pokemon. Remember, I am neither a comic book nerd nor a gaming person. And I don’t collect information in my head just because. So yeah, I have no clue about the game or the TV series or whatever that is. Finally after seeing so many news healines going around, I went and checked what Pokemon Go was all about.

Augmented Reality? Really? Not that I have any problems with it. It is all cool, but I am not sure about people going around trying to catch Pokemon’s ( I sincerely hope that is what they are trying to do) albeit it is still on their phones even though the environment is close to the real world (because it is the real world reflected on the game). Technically, it is an awesome thing. Once in place it will pave way for lot of such stuff (more so than what is has already in that area). Remember touch screens? I remember my mom trying so hard to play Tetris (that was the only purpose of her having a phone other than to make or receive a call which we had taught her to do) in the keypad based phone. Now with her smart touch screen based phone she plays Subway Surfers, Temple Run, Angry Birds and may be some Bubble Shooting. Now I am worried about her finding out about this game or worse, my niece or nephew learning about it from my brother and teaching my mom. With her bad knee and ankle along with the already very bad back, I don’t want her roaming around the house (since she can hardly go out for a longer period of time on her own) trying to catch Pokemon’s. Even though it might be a fun thing to watch her learn it (she is very cute when she tries and eventually learns stuff. She can now WhatsApp very well, but that took her an year) I don’t want to take risks.

Also what about the security risks? I assume it (the game) uses almost all the permissions that it can avail from your phone. Isn’t that huge security risk? I am not very good with security details and have always found it hard to comprehend other than the basics of it. I have totally nothing against the game but am worried about this huge popularity of it and its negative effects on the day today life. That is all. I hardly play any game on my phone so this game won’t change anything for me but sometimes we have to wear the safety gears like helmets or seat belts not because we are being reckless drivers but someone else might be.

As if it wasn’t already bad enough earlier with people walking around looking at their phones and crashing into the traffic, now I have to pray that they don’t see Pokemon’s in the middle of the traffic or worse on the top of my car or worse inside it. 🙄 Can we develop an app or a game to revolutionize humanity instead?

Ever since I had that weird almost real dream I am slightly perturbed. I almost have dreams daily, but I never remember them. Sometimes, the only thing I remember is getting up in the middle of the night and wishing that the dream would go away and something nice would come up in my dream, for a change. But there were a few dreams that I remember very well, but they never came too close to reality for my comfort, even though they did represent something at that time. They were just that. Dreams. Except that when I woke up, I remembered them.

I am afraid of heights, but that doesn’t stop me from going to the top of the building to the terrace from where I could see the whole city. I can feel the sweat in my palms and my heart beat increases so much that it is very erratic. But I feel slightly ecstatic too to be up there on the top. And the next thing I remember is falling down head first.

I used to have this one very frequently growing up but I don’t remember when it stopped. I am not suicidal and have never had those kind of thoughts ever (even though my mother will say that I do drive people around me to that extreme once in a while, but again my mother can be a little bit dramatic and sarcastic at times too) Is it because I have been there , done that ? I am referring to the ‘The falling down head first’ thing in a metaphorical manner 🙂 But I am glad that it stopped. Can’t have those kind of dreams at this age.

This was the time when I was very young and when I had got my bicycle. I am running errand for my mother in my cycle and am coming back from the shop. When I near my street, I see that is blocked. Blocked by HUGE elephants. I say it in caps because for me it looked like they were double their normal size and I wasn’t that tiny even when I was young. Some standing, some lying on the road blocking my way to my home. I am not afraid of elephants. We see them in the temples and in Kerala, its very common to see them even in those small village temples, especially if there is any function going on. I am trying to get past them carrying my bicycle with me, but they don’t seem to give me an inch. I am afraid that if I offend them they will just crush me and I want to protect my cycle too. I keep wondering what to do and try to squeeze through the edge.

I don’t remember how that dream ended or even why I had that dream in the first place. But that did put me a little apprehensive of the elephants when they are too close. Not afraid, just being cautious.

Me and my friend are travelling in a bus talking about something and nothing and suddenly when there is a stop and she is trying to get down in that stop. I tell her that it isn’t the right one , but she looks at me and still gets down in that stop. I call out to her that she is doing a mistake and that she should stick with me and get down together where we were supposed to and not quit in between. But she looks at me and walks away. I keep mumbling about how she does this all the time and doesn’t listen and wish that she realizes what she is doing until I get down in my stop.

This one I did go back and relate it to my friend because we were going through a similar problem in life and I thought that her decision wasn’t the right one. And she confirmed it after a few years later. It was so weird to have that dream at that time because I wasn’t even sure where I was going to land in life. Everything for me was still a question and there were no definitive answers and no end to the trouble we were facing. Weirdly, we both ended up in the same place, even though the time and route were different. Apparently, looked like she did catch a much later bus 🙂

These are the three dreams that I remember quite well, the recent one making it fourth in the list. I don’t know if I believe that dreams mean something, because I have them everyday and I don’t remember them at all. But if that applies only to those that we remember then yeah, may be they do. Are those a kind of forewarning? If that was the case, what does the recent one indicate ?