Thanks Sylvain for inviting me to the weekly theme/challenge first of which includes introducing ourselves. Here is my entry for ‘Moi’. Good luck putting the pieces together to form the whole picture 😉

From Game of Thrones, one of my favorite character is Tyrion Lannister (I think he is the favorite of a majority of people who follow the book and/or the series).  I do follow Tyrion Lannister on Twitter and just loved this picture that was posted there. I don’t tweet much, except to reply to some tweets, very very rarely. But I really wanted to share this and re-tweeted it.

“Let me give you some advice, bastard: Never forget what you are. The rest of the world will not. Wear it like armor, and it can never be used to hurt you.” 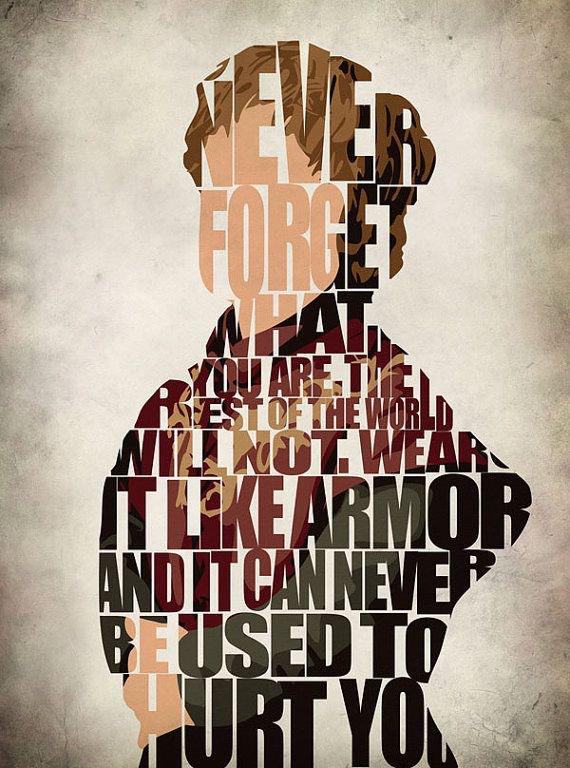 Have you seen/heard Taylor Swift’s ‘Blank Space‘ song? I love it. I was commenting about that song to my friends and told them that I just love the line where it goes like this

I saw this image which was posted on Twitter (I don’t have the link now) but got redirected to the tumblr link (which I saved) and just loved it. It is such a very cool representation of that line. Don’t you think ? Even though not represented in a drawing or image, the recent song from Jessie J (I really like her songs) called Masterpiece is my current hot favorite.

I have been singing this song continuously for past two days because I love love love these lines.