For this week’s entry for Julie’s Travel Photo of the Week, here is a photograph of Rameshwaram‘s temple taken from another temple called Kodanda Ramar Temple on the way to Dhanushkodi. It was a hot afternoon and we were coming back to Rameshwaram after a trip to Dhanushkodi when we stopped at the Kodandaramar temple on the way. I love this view.

Here is a map of how the places are placed. If you ever happen to be in South India, do make a visit to this small island and to the tip of the land called Dhanushkodi. 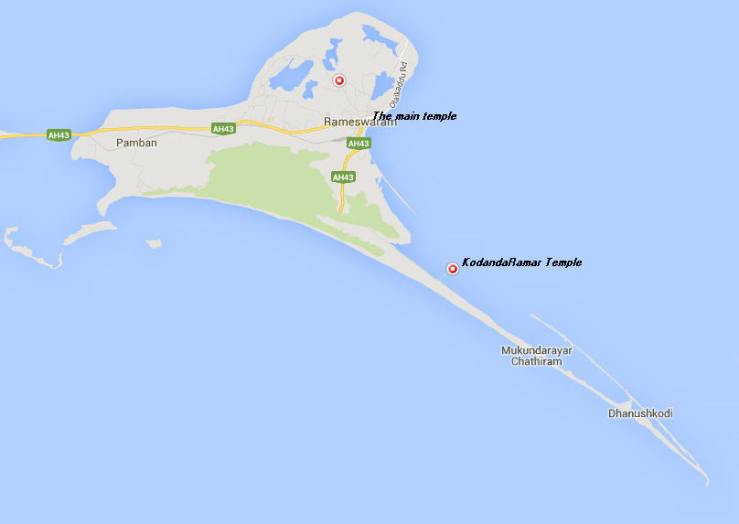 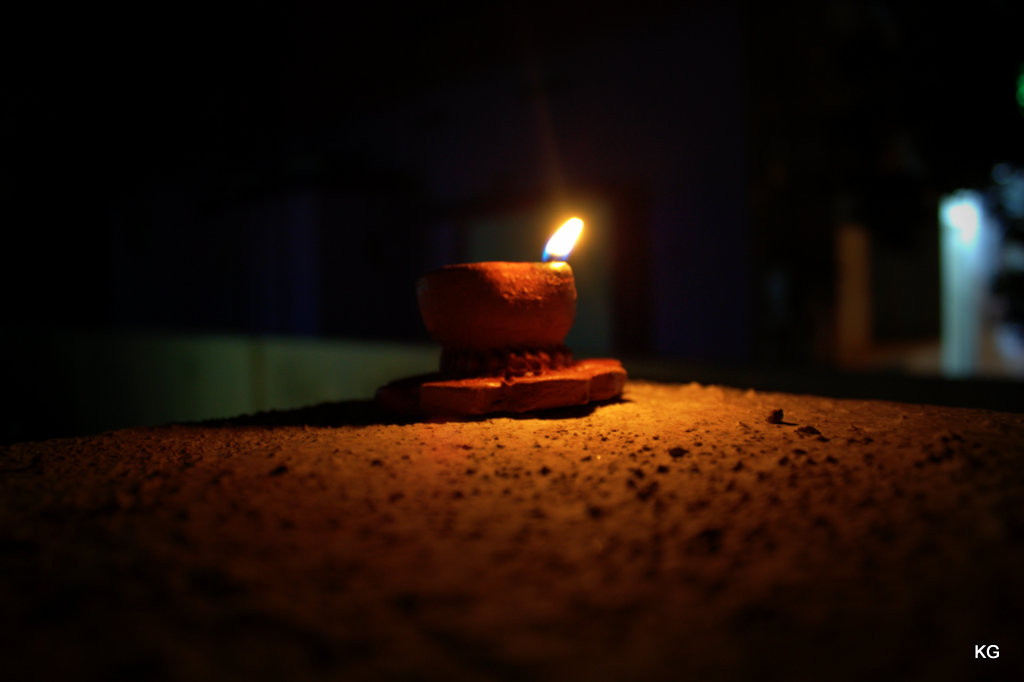 I am very fond of lamps, candles and lights. I have so many photographs of them. They are easy to photograph at home without any cost involved 🙂 but for me, it is about the light that shines bright among the dark which I am attracted to. I love the way that gives me a small hope (just back from my train ride and have to go to a training, so there could be some philosophical stuff …don’t bother)

I love the shadows, the star shaped light, the golden color of the lamps, the mud lamps etc etc. So no wonder I was happy to go home, light all those lamps for the Karthigai function (its been quite a while since I was home for that function) and then went to click the photographs to my hearts content.  Here are some of them.

In India, the concept of arranged marriages are still very much prevalent. Here are some details of how it happens. Even though the sequence below is the mostly practiced one down South, there are always changes and variations based on the people and families involved. This post is based on the experiences of the astrologer in the family and that of my siblings and friends who went on that road well traveled. (Note: In the post, the bride and groom are to be considered as prospective bride and groom only)

Arranged marriages, almost 90% of the time, involve horoscopes. Unless and otherwise the families are non-believers and / or they have already decided that the bride and groom are to be married as per the ‘promises’ already made etc etc.. only in such cases, the horoscopes are skipped.

The bridge/groom’s parents/relative(s) scrounges for horoscopes from the various input modes available (internet,other relatives, relative’s relatives, known family, acquaintances, marriage brokers, agents….list is endless). Once they get hold of a horoscope(s), they go to the astrologer(s) and verify the same for compatibility (of social status, of families, of bride and groom , of procreation, of wealth, of health …. you name it) More on that here. They also try and understand the overall character of the groom/bride from the given horoscope (yes, that is possible, just ask your astrologer 😉 ) Mostly people will go for minimum of 6 out of 10 for a good match and if it exceeds that then it is a better match (Just don’t let that bride/groom out of your hand). Anything less than that (6 is the ideal number) , it is not worth pursuing unless they are desperate and are finding no matches at all and are ready for some remedial measures , if that is possible.

Once they score a good one there, then they contact the other family and let them know about the match and both discuss on how they want to proceed. They try to exchange photos for a ‘initial’ look before proceeding. Earlier the bride’s father should have to go and welcome the groom’s to their home, but that doesn’t happen much now. Then they plan on the ‘meet’ the bride/groom event. The groom usually visits the bride. The parents talk about their families and about the ‘achievements’ of their kid(s) and all that usual stuff. If the bride/groom are smart enough, they get the chance to talk to each other under the watchful eye of their parents, of course, they are given a little privacy that they won’t be heard. Sometimes, the bride could be asked to sing (not dance) if she is capable of it [When we had been to my brother’s meet the bride event, my brother did ask if the bride could sing , just for fun, but was outsmarted when she actually started singing and we didn’t know how to ask her to stop]. What they talk between them will anyway be inquired by their parents later. Once the event is done, the groom’s family lets the bride’s family know that they will be in contact about the decision. Very few people decide then and there. Because mostly the parents need time to investigate the other family through friends and acquaintances.

Both families talk to the prospective bride/groom and ask their opinion and if that is different from that of their parent’s, then some negotiation’s and convincing and arguments happen. Once they find a match where things from both ends are positive, that is when they allow the bride and groom to talk to each other outside of their watchful eyes. But going out (like dating) or too much emotional attachment is discouraged and anything of that sort is at their (bride/groom’s) own risk.

The parents discuss about the engagement and a time frame that would be suitable for the wedding ceremony after consulting again with their astrologer on the ‘good date’s’ based on the horoscopes. They can decide to have the engagement either the day before the marriage or they can have it earlier as a sort of promise and take some time for the wedding ceremony. Time is important because it all depends on the wedding hall availability, the contractor’s available for the food and other decorations etc. More than the two families , those things take a little extra precedence. If the engagement happens in advance then it is like a sort of half-marriage and both the parents will not have any objections to their children going out together , but still staying late or staying away from home is a strict no.

And finally the wedding, where the lives of these two unknown or starting-to-know individuals come together in the holy matrimony to start the path of discovery of a new life together.

That actually covers the basics 😉 Wanted to keep it short and simple. But here is something to relax you and to let you know what it feels like. Here is a video clip of a scene from a movie (no subtitles and is in Tamil), where the bride and groom are meeting for the first time, yeah that ‘meet the bride/groom event’ . Some background info for the clip: The groom is a military man and is home for a vacation and his parents and sisters drag him from the railway station to meet the prospective bride at their home. Even though both the bride and groom are very modern, they have to behave in a certain way amongst the elders. Later the groom complains that the bride is too traditional for his taste , where infact she isn’t 😉 Yes, it is ideal to wear a saree for these events, may be not like the one that beautiful actress has worn with all that jewelry but still it is expected that the bride look her best.