“The first rule of Fight Club is: You do not talk about Fight Club” – Fight Club 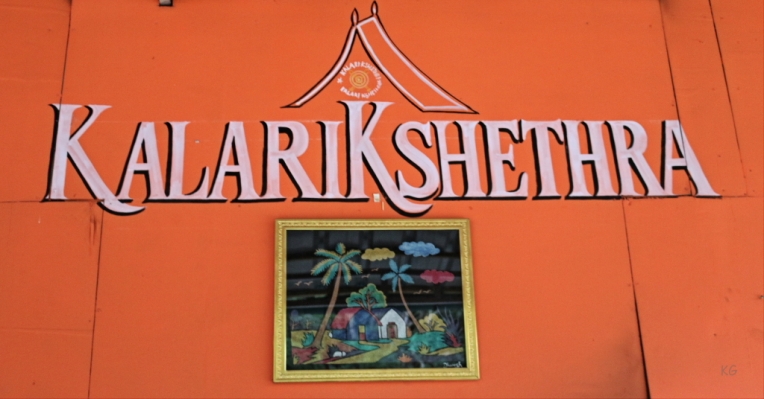 “If you aren’t willing to fight for what you believe in, then don’t even enter the ring.” – Madonna 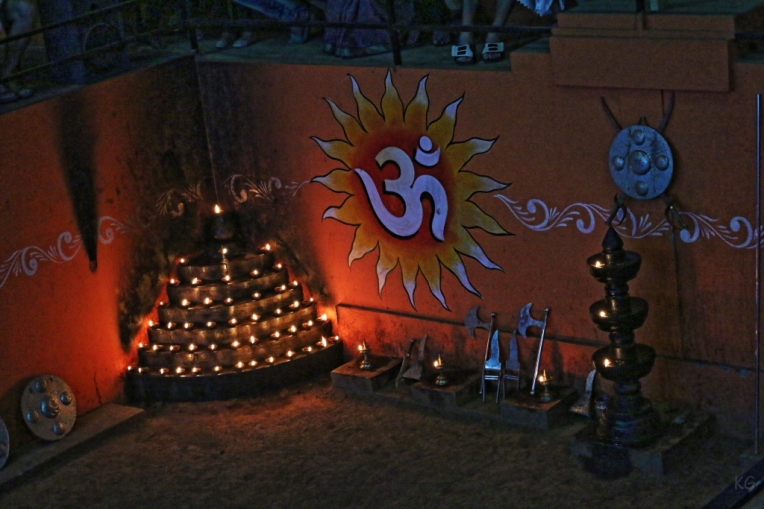 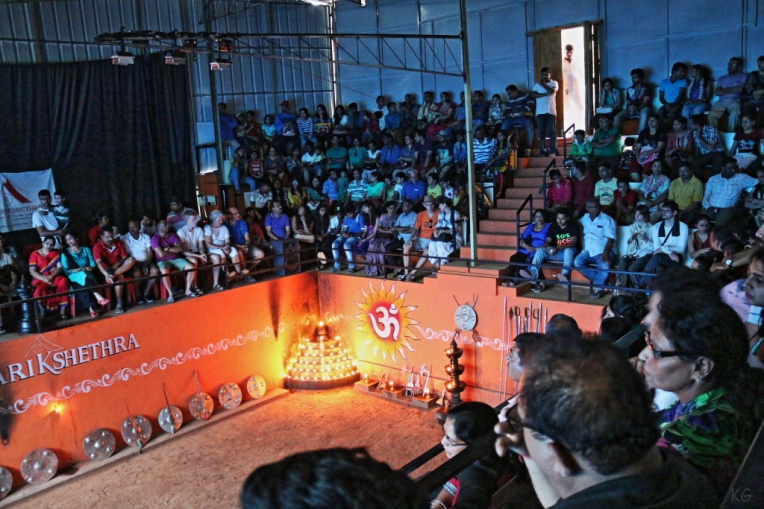 “I have not yet begun to fight!” -John Paul Jones 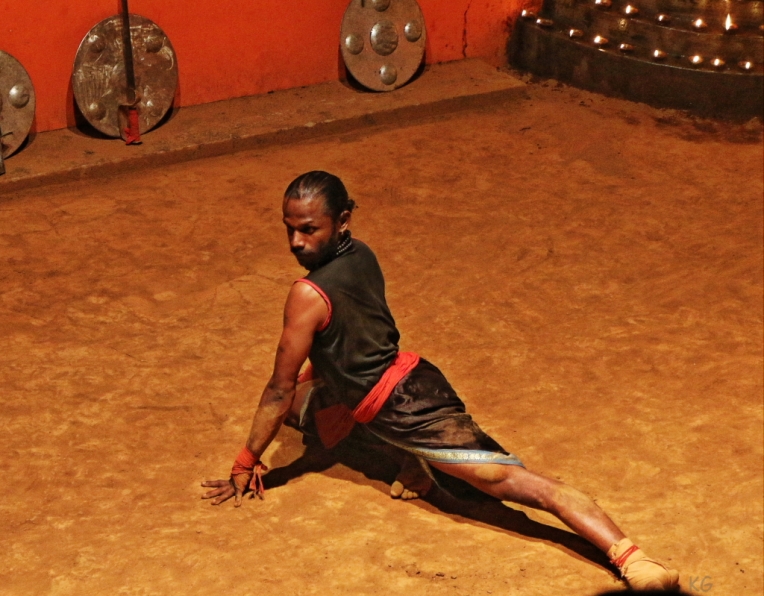 “All things are ready, if our mind be so.” –  William Shakespeare 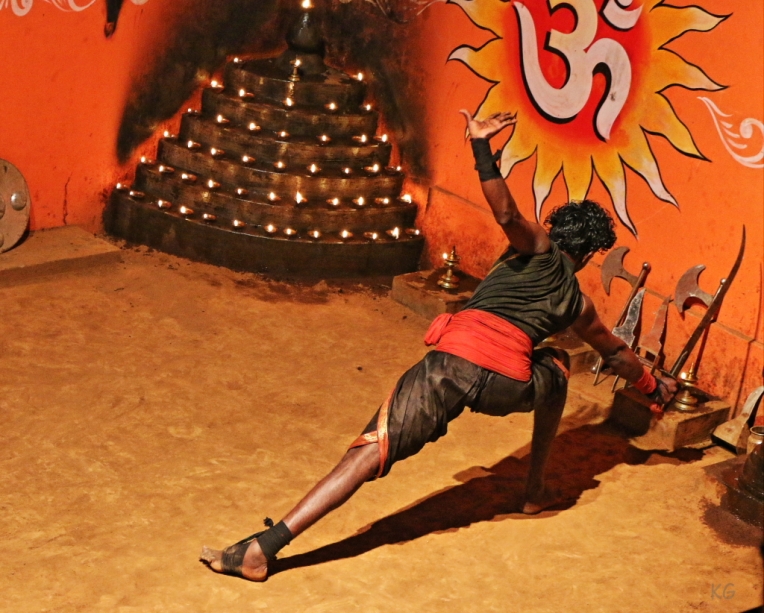 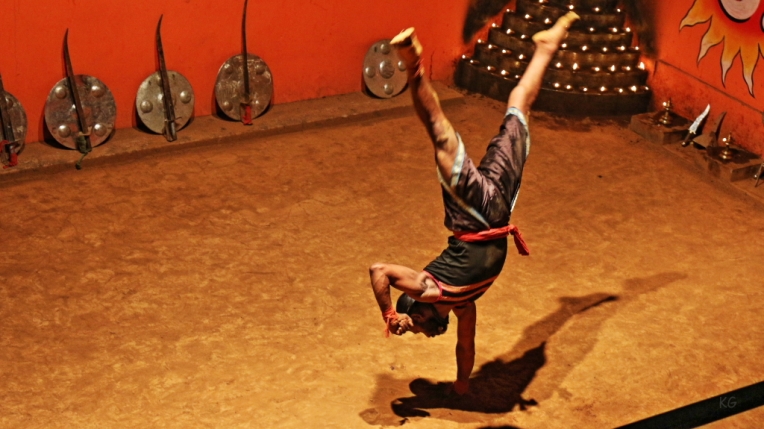 “Fifth rule: one fight at a time, fellas” – Fight Club 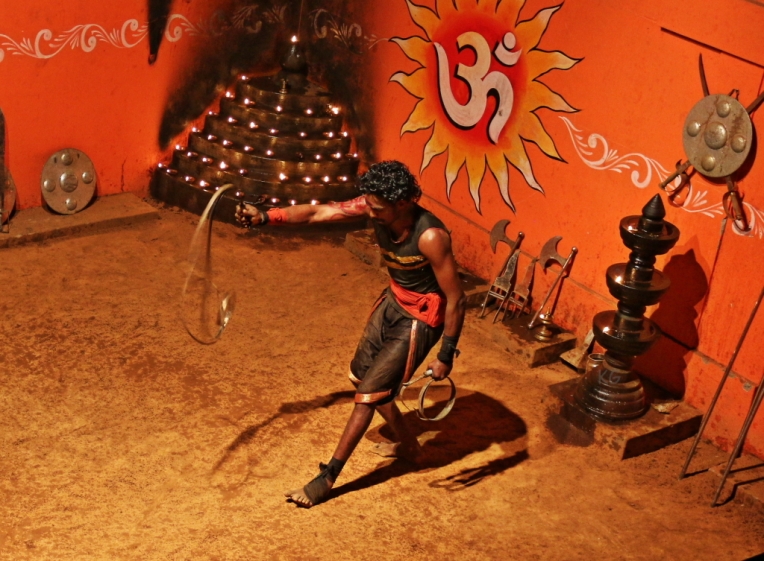 “Your body can stand up to almost anything. It’s your mind that you have to convince.”- Anonymous 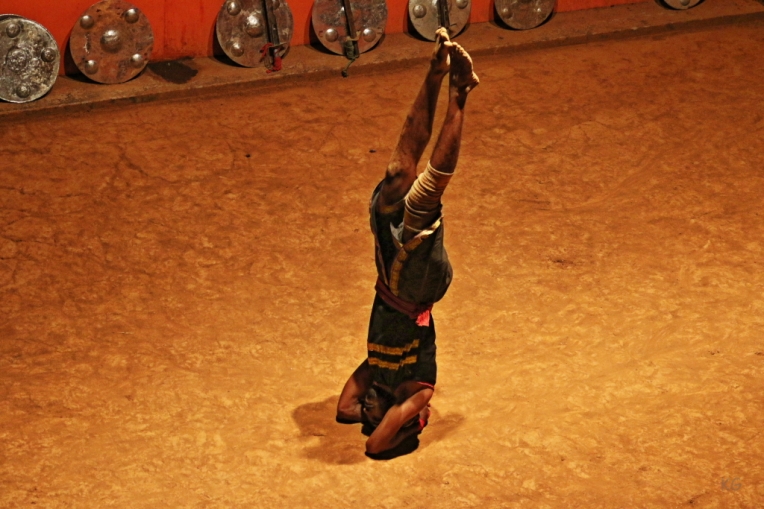 “The harder the struggle, the more glorious the triumph.” – Swami Sivananda 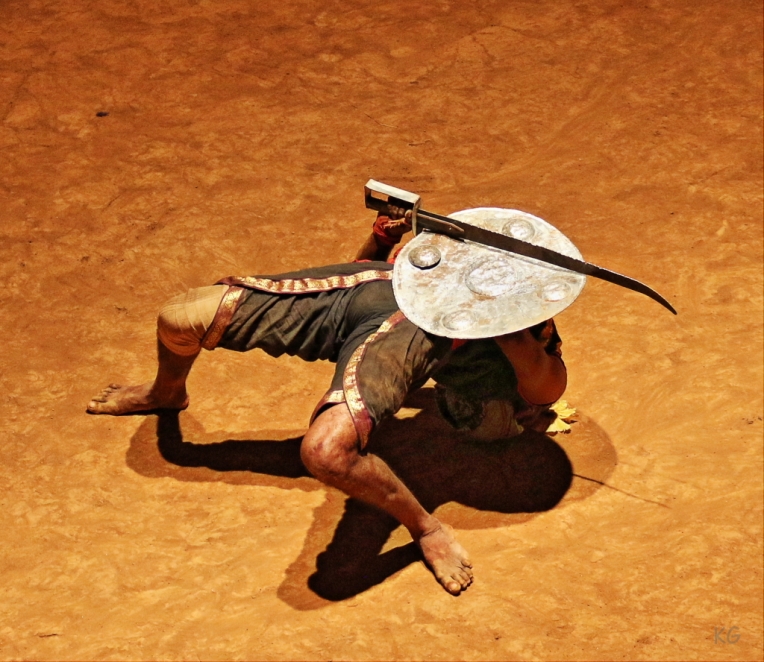 “If this is your first night at Fight Club, you have to fight” – Fight Club 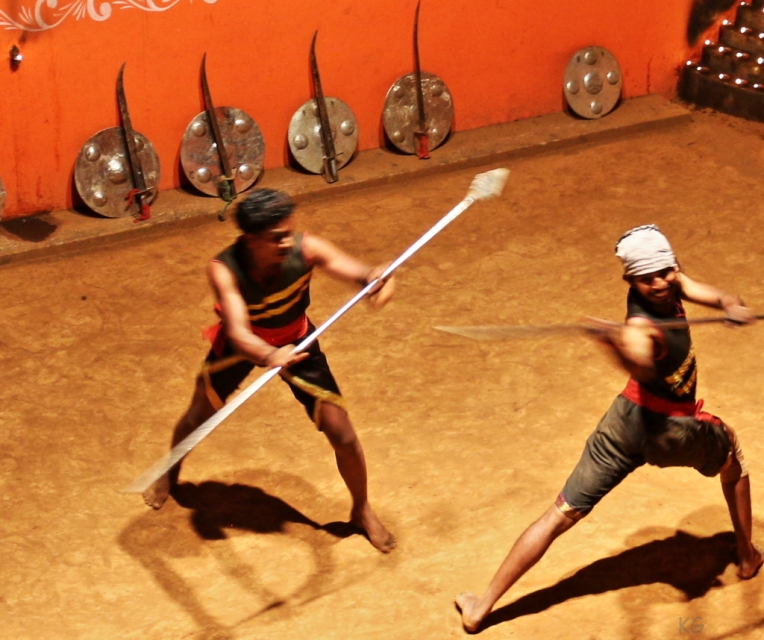 “You may have to fight a battle more than once to win it.” – Margaret Thatcher 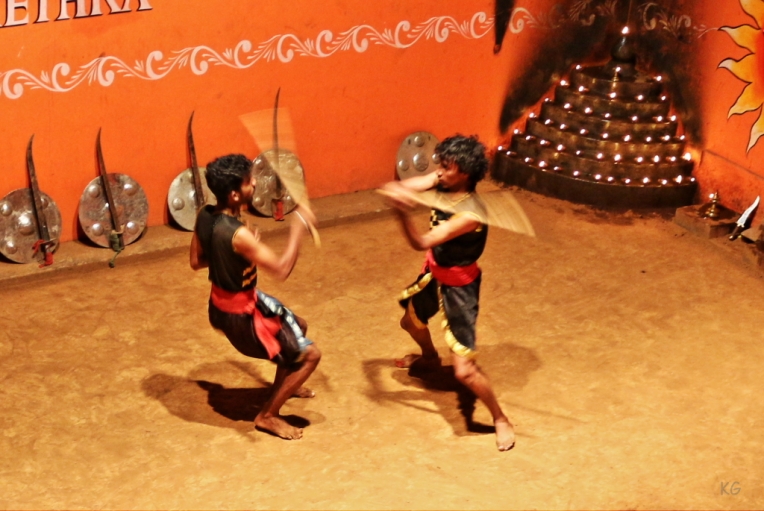 “Fire is the test of gold; adversity, of strong men.” – Martha Graham 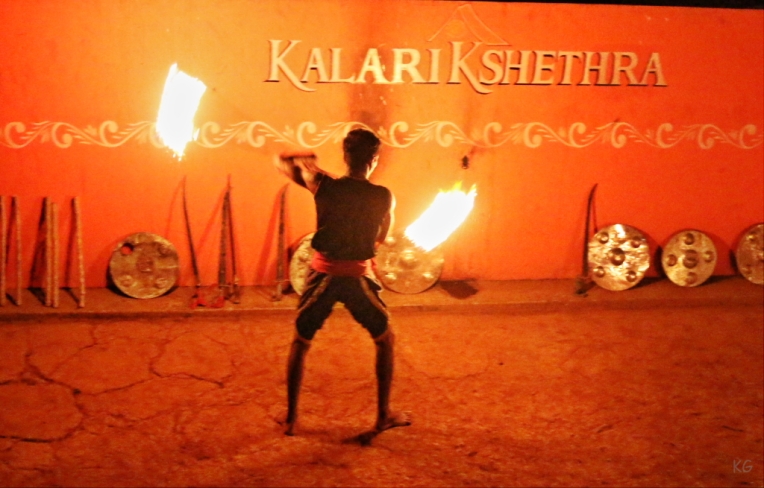 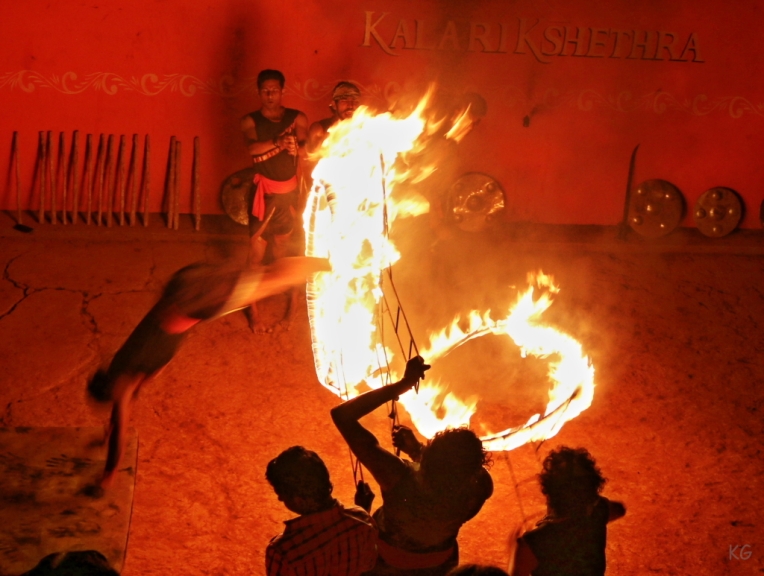 “The most powerful weapon on earth is the human soul on fire.” – Ferdinand Foch 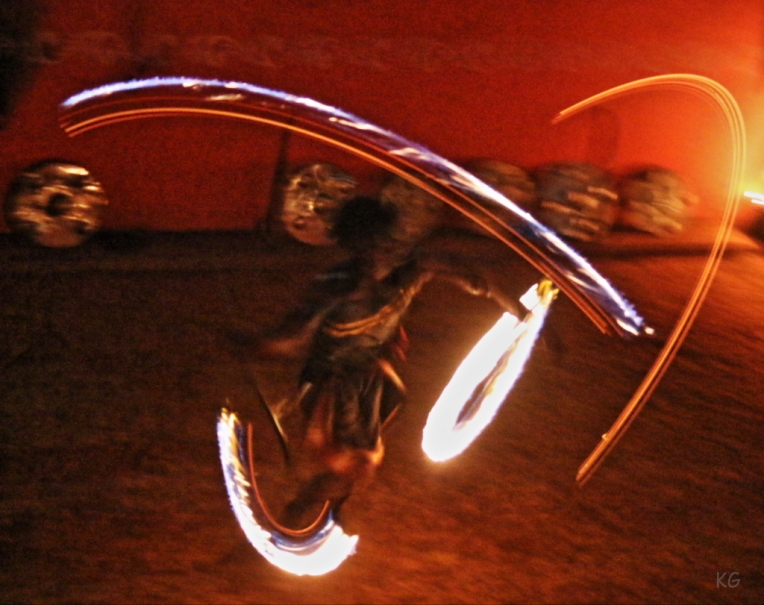 We have a three day weekend because of the Ugadi festival, so I am visiting my folks. I am not sure if I will be able to blog over the weekend (I will try to, though) so I thought I will leave you guys with some photographs of the Kalaripayattu (Kerala’s age old martial arts…there is a discussion online as to which came first, Kung Fu or Kalaripayattu…but let us not get into that) performance we had the pleasure to attend during our stay in Munnar. This is my first visit to a Kalaripayattu and it was mind boggling. I was so much in awe of those people. It was an hour and a half performance. We were also able to go to the ring and take photographs with those warriors, posing like one (that is all I can afford to).  I had a tough time filtering out the photographs to showcase their talents, because there were too many of them. I made sure to take some video’s too, but that will take a lot of time to process. So you might have to enjoy the photographs for now. Until next time, Happy Blogging and Be Safe 🙂

7 thoughts on “A fight is not always a Fight”